Brand Bonang has been unshaken by recent bad publicity, and Revlon has now confirmed that it will not be letting the fierce presenter go anytime soon

Top Billing and Metro FM presenter Bonang Matheba has once again proved that her brand is strong enough to survive any storm. Revlon has confirmed that it will not be terminating its deal with the queen of South African entertainment. 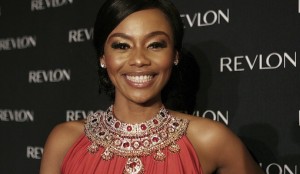 The company told Times Live that Matheba will continue as their ambassador in SA. “We have no plans to end our relationship with Bonang,” said Revlon SA Spokesperson Michelle Stevens.

And to put the spotlight on her brand’s incredible strength, Matheba announced today via Instagram that her lingerie collection Bonang For Distraction will be launched at David Jones department stores in Australia in October.

Questions over whether Revlon would continue to use Matheba as their ambassador were raised after a love-triangle scandal saw the presenter’s name dragged through the mud. It was alleged that her affair with rapper AKA led to his break-up with DJ Zinhle, the mother of his child.

Social media users questioned Revlon’s alignment with Matheba when an advertisement for Love Is On was aired during an episode of Date My Family three weeks ago. They noted that it was awkward for the star to be talking about love in the midst of the scandal that was trending at that time.

A couple of weeks ago, The Sunday Times reported that the scandal may have damaged Matheba’s relationship with Revlon. They reported that the matter was so serious that it had to be dealt with at the company’s head office in Paris.

Matheba clinched the deal in 2013 and became the first South African personality to represent the cosmetics giant. Speaking about the deal with Times Live, at the time, Matheba said she had turned down offers from other brands in the past, but had accepted the Revlon deal as she felt it was more in sync with her brand.

“I think it hit me only about five minutes before I saw the billboard – there were tears. I’ve known for almost six months and I’ve been dying [to tell people]. I’m proud that I was chosen out of thousands of girls. I’d been approached by three brands before, but I wanted something close to what Bonang was about – women. I’m glad I waited,” she told Times Live.

Her other business interests include her lingerie range with Woolworths, ambassadorships with BIC Pens, Ciroc Vodka and Gert-Johan Coetzee, and her hair brand Diva Divine.