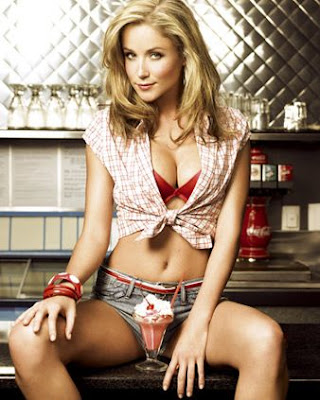 She’s the one: The gorgeous Tracy McGregor topped the local poll in FHM magazine’s 100 Sexiest Women in the World 2008 contest. She was awarded the honour on Thursday at a VIP event in Cape Town.

The local winner of FHM 100 Sexiest Women in the World 2008 was revealed last night, 15 May, at the FHM party held at Hemisphere in Cape Town. And it was none other than blonde bombshell, Tracy McGregor. The MC for the evening drew up the suspense and Tracy arrived surrounded by bodyguards with her face covered-up. She then revealed herself, said a few words and went on to sign autographs. Tracy walked away with a helluva lot of cash to add to her bank account as well as the title for 2008. Well done to her!