Two University of Cape Town students have been named Miss Cape Town 2011 and a semi-finalist in the Miss South Africa 2011 pageant, respectively. 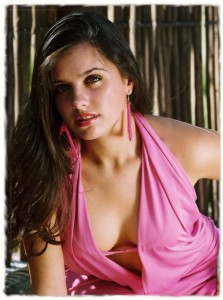 Geological sciences master’s student Kaylan Hamel was crowned Miss Cape Town 2011 at a gala event on 28 October 2011 while final-year electrical engineering student Remona Moodley has been placed in the top 20 semi-finalists in the running for Miss South Africa 2011. The Miss South Africa 2011 semi-finals – to determine the 12 finalists – take place on 30 November at Sun International Head Office in Sandton, Gauteng. The finals will be held on 11 December at the Sun City Superbowl.

Hamel entered the Miss Cape Town 2011 event to raise funds for two charities – the Cancer Association of South Africa and the Bright Star Safe House. “My family has suffered quite a bit when it comes to cancer and fortunately all of my family members are now survivors and cancer free, so I had to show my support,” Hamel said.

A platform to raise funds

During her reign as Miss Cape Town, she will be extensively involved in charity work for various organisations. “I have a large project portfolio that covers a lot of charities and hope to use this title as a platform to raise funds for these charities,” she says. On 5 November 2011, she took part in the St Luke’s Hospice Annual Walk of 175km around Cape Town. Her next project is to gain sponsorship for each kilometer she runs in next year’s Old Mutual Two Oceans Marathon. She plans to donate these funds to the Society for the Prevention of Cruelty to Animals and the South African Guide Dog Association.

Moodley (23) also has a ream of pageant titles. She was crowned Miss India South Africa in 2005 and placed in the top five at Miss India Worldwide. During her first year at UCT, in 2006, she was named first princess at the Miss South Africa Teen pageant.

Asked about the unlikely marriage of electrical engineering and pageantry, Moodley said: “My engineering friends would never guess I do pageants and my pageant friends would never guess I study engineering.” She chose electrical engineering because of her interest in renewable energy. She entered the Miss South Africa competition because wants to contribute to social change. She is the founder and national director of the Fund-A-Dream Foundation, a registered non-profit organisation that seeks private funding for academically brilliant learners who are financially constrained.ource