Was Miss South Africa a sham? 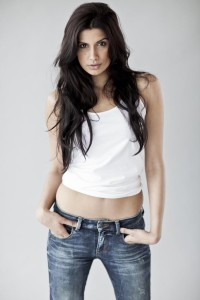 It’s not all toothpaste smiles and world peace in the Miss South Africa 2012 camp.

This was shocking news from late 2012 about the Miss South Africa finals we attended in December at Sun City. In fact Dhesha Jeram was our personal choice for Miss SA based on her track record, and the history of Miss SA’s delicate balancing act with choosing girls from different race groups in a politically correct South Africa.

Rumour has it that the new celebrity preliminary judges are upset by principal judge Sonia Raciti’s display of favouritism.

According to a source at Sun International, the company that owns the pageant, Marawa, Sedibe and Mdoda are “not pleased with the way the principal judge constantly muttered and pushed for Dhesha”.

“They are livid, they feel they have wasted time sitting through the regionals and workshops judging the girls, only to discover the company already has their winner,” said the source.

City Press has learned that Jeram, who was first princess to Bokang Montjane in 2010, was personally called to audition for the pageant by Raciti – with a promise that she would be the one to wear the sash and crown next. Another source who was present at some of the pageant workshops says Raciti “constantly punted the girl even when she was not the best of the bunch”.

“There was a day when Dhesha came to the workshop wearing a dreary red dress and Raciti kept saying things like ‘oh you will see her, she is the one, she is Miss SA quality’.

She even went as far as saying ‘Dhesha should win’,” said the source. But Raciti rubbished the allegations, saying the company used the auditing firm PriceWaterhouseCoopers to tally the scores based on what the judges had written on their score sheets.

“I hope the other judges are not upset by this. I have no influence on the judging at all. I am equal to all the judges and whatever they score is their decision,” she said.

“I am merely there to guide the judges. They don’t even have to listen to me.”

Sedibe referred all queries to Sun International, while Mdoda had still not replied to City Press by the time of going to press.