Not Just A Pretty Face

Here’s a guest post by Eda Rose. She answers a burning question that’s come up many times before in working with models, why are the hottest girls the most insecure? 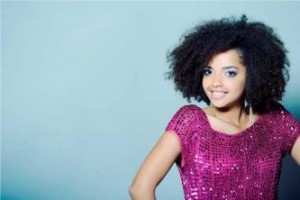 When coming from a girl, these words are either spoken by an unfortunate looking lass making fun of herself or on the other hand from lovely lady who communicates this in a more stern way and who feels somewhat victimised by her looks. Popular opinion is that the latter just screams insecurity and this is true in most cases. For instance pretty girls may have a sense of humour about this sort of thing too. However, let’s looks at those who feel the need to defend their intellect.

Society can take beautiful girls for granted, yes and it often happens that good looking women are assumed to be in the successful positions they’re in because of their looks and have not and do not work hard for what they have achieved. This does not just stop at the work place but infiltrates all the way through to their social and private life. Beauty often attracts compliments and wonderful gestures which is great, but the same sentiment can invite much unwanted analysis towards the recipient and the aforementioned criticism.

An example of this are Fashion models who for one, fit the standards set for being beautiful and are paid for it YET they’re often rife with insecurities leading to drug problems and eating disorders. It would seem the more importance drawn to one’s looks, the more critical they become towards themselves. Often this leads to a change in career paths for these girls who rather than enjoy being in the spotlight and the attention that it comes with, would rather live like a regular-Jane, another passing face on the street whose looks aren’t scrutinised.

Speaking instead of the relationship between beautiful and not so pretty girls, aiming a joke at an unattractive girl seen as mean however when roles are exchanged and fun is made at the ones blessed with the good looks, it is as a joke and taken lightly. My conclusion is that we ought not take our looks or comments on them too seriously, like most things in life they need to be taken with a pinch of salt as these are part of the material things that get left behind in the end. It’s kindness towards each other than make us human at the end of the day.

Here’s an interview with her: 5 Mins with Eda Rosa